Here's the amazing story of how this game is finally being released, by Necrosofty on Twitter.

it has finally been announced! Samurai Shodown V Perfect, a game that has gone unreleased for 15 years, is included in the upcoming Samurai Shodown collection from @SNKPofficial. In this thread I'll share with you how this game got saved after so long!

First, what is SSV Perfect? It's largely a rebalance of V Special, fixing issues that caused problems in tournaments, a new title screen, and other minor tweaks. The BIG change is new story for every character, a couple new mid-game scenes, and a joke that took 15 years to tell.

This game was made not too long after V Special, with a skeleton crew, but with the involvement of SSV director Takaya. Perfect was done on request from Yuki Enterprise, who was managing development, while the team was already working on SSVI. But nobody told SNK about it.

The newly formed Playmore (aka SNK) hadn't been told this game was being made. In fact, they found out when the game was in location test in one single location. SNK found out and got the game pulled from play within a couple hours!

This location test is the source of the infamous "red logo version" you see in a couple blurry photos on the net. The game was pulled from location test so fast that the director Takaya didn't even have time to get to the site to watch people play before it was pulled.

Fast forward to early 2019 & I'm interviewing Takaya for the collection alongside @adamA_0330 from SNK. We ask... do you remember this version? He says yes, and tells us the story. We ask... any chance you still have the code He looks at SNK... you're not supposed to keep stuff.

Adam says, "please, if you have anything, we want to publish it." He says he'll look. I pester him for days (lol) and eventually he comes back saying there's no code, but he has a ROM. He can confirm it's the finished version. By the way, this game was FINISHED, just unreleased.

We get the rom. We check it out. It runs. It's got the new story. It's got the new title screen, changed to Mizuki's background because Takaya likes that character a lot. It was the legendary lost game, complete and ready to go.

But that's not all! Though there was a lot of fighting to get it there, and I had a 48 hour window in which to do it, we managed to translate the story into English. The rom was Japanese only, but since the data was largely the same as Special, we were able to reuse the fonts.

So not only do you get the story, you get it in English. Apologies if it's not the most elegant translation, but again, I had 48 hours! Regardless, thanks to the efforts of the team, it's running perfectly, and it's playable online, something that never would've happened in 2005!

It's amazing to be able to find the game, preserve it, translate it, and present it to everyone intact, as intended. This is the final true Neo Geo release, in 2020 - there was an MVS cart made and everything, now lost. Thanks to Takaya, Other Ocean, and SNK for making it happen.

Sadly, the designer who wrote all the new story, after working on SSV, V Special, V Perfect, and IV, passed away in the intervening years, and never got to see V Perfect get released. His name is Touru Sakurai, and the release of this game is dedicated to his honor.

(to everyone asking about rebalances, what Takaya could remember was changed was very small, and more akin to bug fixes, so don't get too excited about that element. sorry to confuse folks!)

Oh crap, I forgot to tell you the 15 year joke! The joke was, in the new story, it's strongly hinted that Hazuki Kazama, sister to Kazuki and Sogetsu, would debut in the next game. They wrote this because fans kept asking for her to be in there, she was a real favorite.

So they put this hint, "a brother, next time I'll join you" kind of thing, to rile the fans up. Meanwhile they were already finishing VI knowing full well she was not going to be in it. So it was a big bait and switch they were going to pull, but the reveal is 15 years too late! 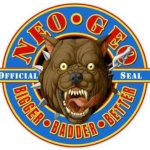 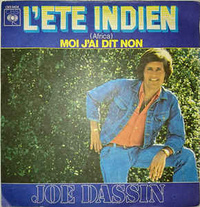 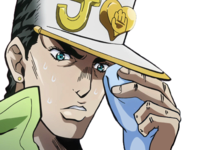