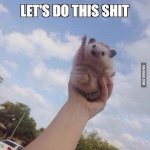 Hello from one of the newbies. Apologies, this is in English again.

I’m catching up with this resale story now. I’m in agreement that it’s a poor outcome – perhaps not unexpected given human nature, but very unfortunate to see. I wanted to say the following before I sign out..

Atomik and others here investing time and dedication in the pursuit of bringing new titles to the community: Please don’t let these incidents deter you from that effort. Your work means so much more than someone getting a fast buck and a cheap cross-forum viral story on Ebay madness.

That samurai showdown cart has given me hours of enjoyment: it’s reminded me how good that game series is, and lead me to revisit the other games in the series that have sat on the shelf for way too long now (and from there, I’ve also picked up time with Last Blade again to compare.) It's also reminded me on how poor I actually am at fighters, and how rusty I've become with age - but I've a renewed vigour to keep trying and I'm now regaining a few skills I thought long lost

It’s prompted me to finally consider a Unibios update, so I can enjoy it to its full potential. When I do that upgrade, I’ll be putting a bit more money into the scene that would otherwise have been someone else’s beer tokens.

It’s given my visiting friends something new to play away from the PS4, as I show them “my new acquisition”. We’ve spent hours on that game over Xmas! All of them have loved the game; almost all of them had not heard of the Neo before; a couple of them have since started looking out to get one. Once they do, they will become interested in getting new titles to play, finding the internet spaces to hang out in, and hopefully contributing to the scene.
In short: Though maybe a very small drop in the ocean, the Neo community is a little bit stronger because of that cart existing.

That’s my story from that one game. I’m sure others here have similar.
I’m hoping for many more stories in the future.

Please don’t let the bad behaviour of the few destroy the enjoyment of the majority.
Let’s remember why we’re all here; to keep supporting and enjoying Neo.

I have not had time to get the date receipt and cart shot that others have (I will do if deemed necessary to stay here); but I did take some pictures over the weekend on part of my collection. I was going to put those up in the appropriate forum space some point anyway, but I’m including one shot now to show the Atomik cart’s pride of place. (I had to rejig my ordering to ensure it lined up next to the vanilla Sam Showdown V…I’m pretty OCD like that, unfortunately.)
I hope the image comes through OK
Groovy 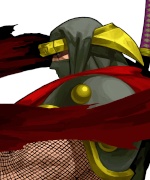 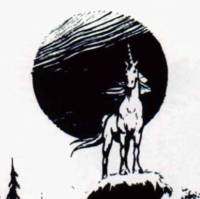